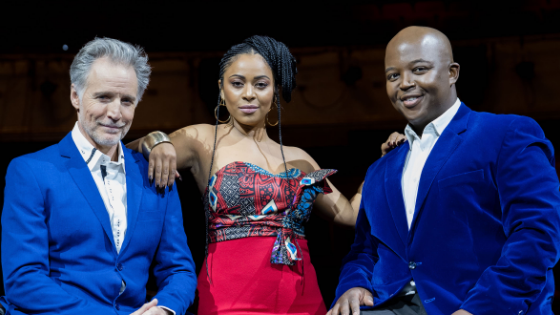 Gone Too Soon is finally here and in just a few hours we get to experience and enjoy one of the most anticipated shows of the year. You’ve been hearing all about the show and I hope you have booked your tickets!

You can read more about the show Here.

Gone Too Soon is a proud production under The Colab Network and is Directed and Produced by Collett Dawson.

I recently interviewed the featured artists Mariechan, Timothy Moloi and Joseph Clark about the show and who their favourite musical influences are, that have gone Too Soon.

Here is a bit about the stars and what they had to say: 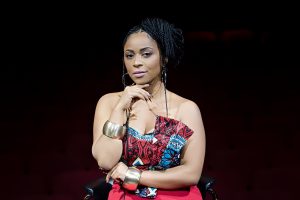 Mariechan, originally from Cape Town, became known for her vocal ability during her 10 year career with the hugely successful Jamali.  As the engine for Jamali’s vocal strength, her effortless vocal ability, with her natural feminine character is her signature style.

Mariechan’s singular focus and dream of earning a living as an artist came to fruition as the winning girl group in Popstars in 2004. In the last 10 years, it became clear that there was a market for South African talent in the R&B/Pop and Soul industry. Currently a solo artist, she launched her first single ‘Let Me Live My Life’ in 2014 which took South Africa by storm and received airtime on radio stations, nationally!

Mariechan’s versatility & ability to work in any music genre, got her working & collaborating with some of SA’s biggest artists and Dj’s. She is currently working on her first solo project  & ready to share a side she rarely had a chance to show in her career…sexy, fun, vulnerable and uninhibited.

Shekhinah and Mariechan are currently burning up the airwaves with their popular hit “Different”.
Her new single, Missed Calls is the first single to her upcoming EP, titled, Cherry Blossom and is currently enjoying airplay across the country and on various digital platforms.

Please could you share with us one of the musical legends you will be performing and paying tribute to on stage in Gone Too Soon and how has their music influenced your musical journey to date?
Amy Winehouse, her raw talent, tenacious story telling & self-assurance was infectious & inspiring, she knew who she was & lived her truth unapologetically.
Who is your favourite musical legend of all time who is no longer with us?
It would almost be unjust to name one musical legend when so many of them influenced & inspired me growing up. At the age of 8, all I looked forward to was getting home from school so I could listen to the radio and record some of my favorite songs like: I will always love you(WH), You are not alone (MJ), Life is going on (BF) etc. my list is extensive, so I’ll save us both from my archives haha!
Have you seen a musical legend live in concert who is no longer with us? If yes, where did the concert take place and how was the experience for you to watch them live on stage?
Sadly I have not seen any of them live in concert, I had a “bucket list” but their sudden departure from this life took away any opportunity to fulfill that dream. It’s one of my biggest heartbreaks.
Is there a musical legend you would have loved to perform with live on stage who is no longer with us? If yes why?
There’s a few, Whitney Houston, Amy Winehouse, Aaliyah, Micheal Jackson to name but a few. I grew up listening to these artists who’s musical journey & life stories inspired me to pursue my dream as an artist.
What would you like the audience to take away from the show?
Euphoria…I want them to leave moved by the performances with a greater appreciation for the music gifted to us by these legends & to continue celebrating & supporting the arts. 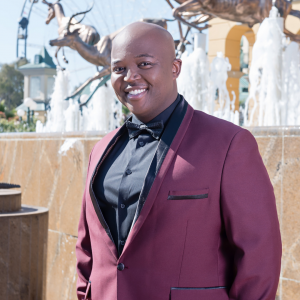 Born and raised in Soweto,

Timothy Moloi has leda busy performance schedule since completing his studies at
Ohio Wesleyan University in the USA.

His critically-acclaimed debut album Love That Music wasnominated for two SAMA Awards and hisvideos on YouTube have received more than 500,000 views.

He performed at the Opening Ceremony of the 2010 FIFA World Cup, SA Golf Open, Cricket SA Season Launch, SA RugbyAwards and for the 2012 SA Olympic squad.

Timothy has sung the SA National Anthem for the Springboks and LaMarseillaise for the French Rugby Team. In 2017 he performed the National Anthem at the Currie Cup Final.

He has performed in both Moscow and
Saint Petersburgas part of the SA-Russia Cultural Exchange.

Other recentperformances include Stellenbosch University’s Centenary Concert, the Hermanus FynArts Festival and at Woordfeeswith with Judith Sephuma and Gloria Bosman, which won a 2018 Fiesta Award. He also performed at the grand opening of the new Sun Arena.

Please could you share with us one the musical legends you will be performing and paying tribute to on stage in Gone Too Soon and how has their music influenced your musical journey to date?

One of the music legends I’m going to be paying tribute to, in GONE TOO SOON, is Luther Vandross. He has had an enormous influence on my singing career over the years, and I’ve been most honoured to have people say that I remind them of him, when I sing. I was privileged to do a show honouring him, called “Always and Forever – A Tribute To Luther Vandross” a few years ago, which was very successful, and I’m very excited to have the opportunity to once again perform his music live on stage.

It would have to be the legendary Whitney Houston, who had a voice that comes along once in a lifetime. One of the very first cassettes I bought as a teenager, was a Whitney Houston album. I know that I am not alone, when I say that “I Will Always Love You”, is my favourite song of hers.

Have you seen a musical legend live in concert who is no longer with us? If yes, where did the concert take place and how was the experience for you to watch them live on stage?

One of the musical legends I not only saw on stage, but had the pleasure of performing with, was the late South African songbird, TK. She was such an incredible talent, and a beautiful person, who was gone too soon, at such a young age.

Is there a musical legend you would have loved to perform with live on stage who is no longer with us? If yes why?

It would have been a dream come true, to have performed with Luther Vandross. And I would have loved to see Michael Jackson perform live. His concerts were such incredible events, and my friends who were fortunate enough to see him on stage, say it’s the best performance they have ever seen.

What would you like the audience to take away from the show?

I hope that we bring back wonderful memories for our audiences, as they recall where they were, when they first heard this music, and the personal meaning it has for each of them. We want to take them on a nostalgic journey, as they enjoy some of the most beautiful music of all time, from artists, who are sadly, no longer with us. 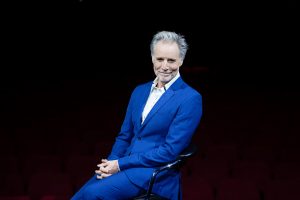 Born and raised in Amarillo, Texas, Joseph Clark left his ballet career in New York and Salt Lake City when brought to South Africa by where he won immediate acclaim for the leading roles in Swan Lake, Papillion, Romeo & Juliet and Witchy.

He soon moved to musical theatre, blowing audiences away in shows like Buddy Holly – The Buddy Holly Story, Queen at The Opera, West Side Story and others.

He is one of South Africa’s leading performers with over 40 years of experience as a professional singer/actor/ballet dancer, winning numerous awards for all 3 genres.

He has appeared as a lead soloist with all the Symphony Orchestras in South Africa as well as with orchestras in Europe and the USA. He has been the soloist for North Netherland Orchestra (NNO) since 2009.

Highlights include the honour to sing for former President Nelson Mandela’s 85th Birthday Celebration and singing in a packed Gelredome stadium in The Netherlands to an audience of over 30,000 people.

Currently, Joseph is touring South Africa and Europe with his internationally acclaimed production of Joseph Clark – The Music Of QUEEN.

He is known as a guest artist on Noot vir Noot, Classics is Groot and Strictly Come Dancing and has featured in numerous television and cinema commercials in South Africa, the USA, Israel and China.

When not touring he is in high demand as a corporate entertainer and as a voice-artist, talking and singing, for radio & television.

Please could you share with us one the musical legends you will be performing and paying tribute to on stage in Gone Too Soon and how has their music influenced your musical journey to date?

The most obvious “Legend” for me would be Freddie Mercury of course! The music of QUEEN has taken me to artistic heights over the last 28 years that just about no other body of music could possibly do. And it has taken me all over Southern Africa and Europe. Always challenging, always inspirational, never boring!

Besides Mr. Mercury, I think it would have to be Frank Sinatra and his version of Cole Porter’s “Just One Of Those Things”.

Have you seen a musical legend live in concert who is no longer with us? If yes, where did the concert take place and how was the experience for you to watch them live on stage?

Unfortunately I have never had the opportunity to see one of these “Legends” on stage, but would have loved seeing QUEEN (with Freddie Mercury), The Eagles (with Glenn Frey), Sammy Davis Jr., Michael Jackson, Ella Fitzgerald, Jimi Hendrix, Stevie Ray Vaughn, the list goes on…

Is there a musical legend you would have loved to perform with live on stage who is no longer with us? If yes why?

I think George Michael would have been a great “Legend” to perform with! He was an immaculate performer and always seemed open and accommodating to other artists he performed with.

What would you like the audience to take away from the show?

Feeling the Joy and Emotion of Experiencing these legendary artists through their timeless music!

I would like to thank Mariechan, Timothy Moloi and Joseph Clark for their time and for doing this interview with me. A very special thank you to Collett Dawson for making all this happen and I wish her all the best for the show. 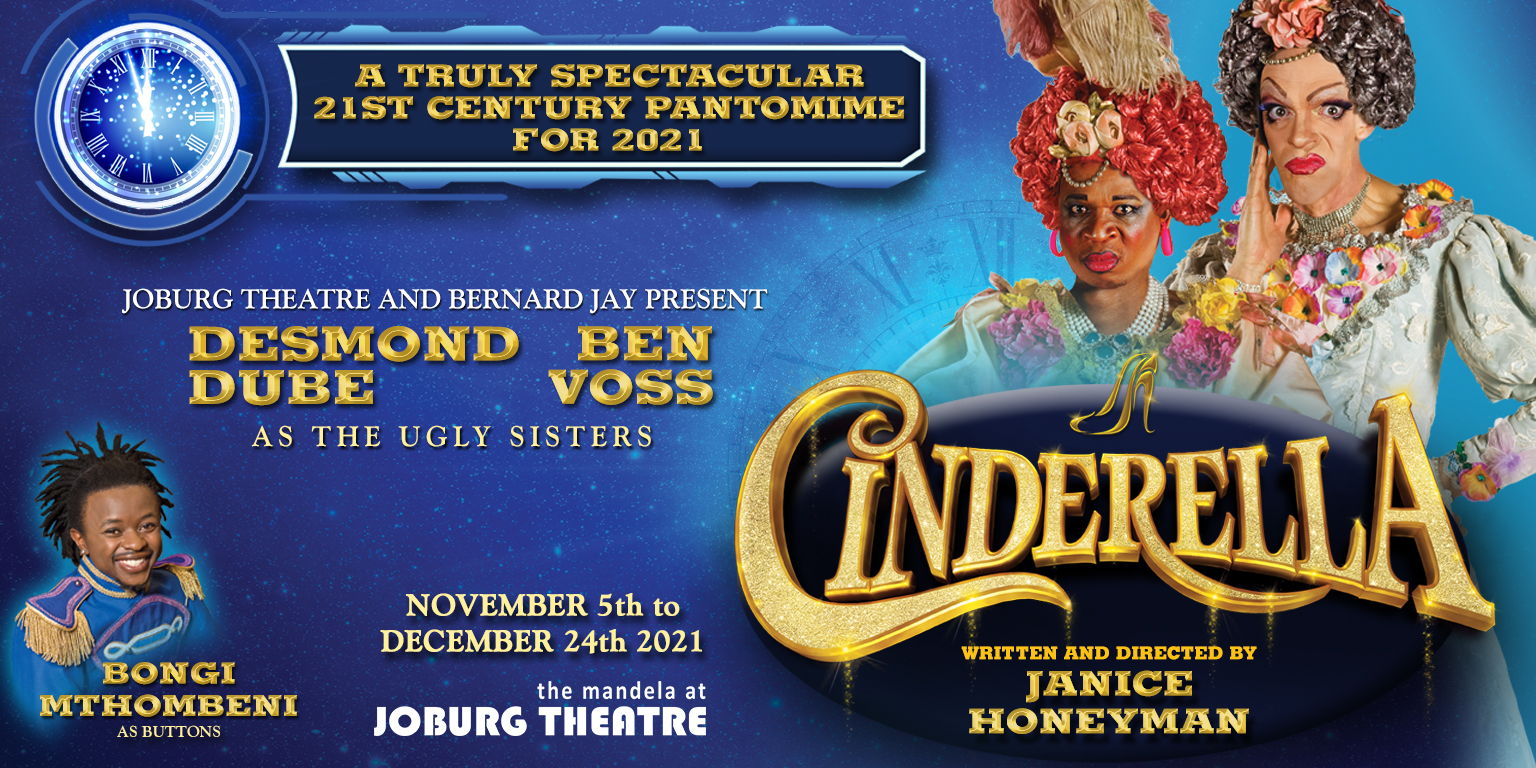