A Celebration of Bra Hugh Masekela 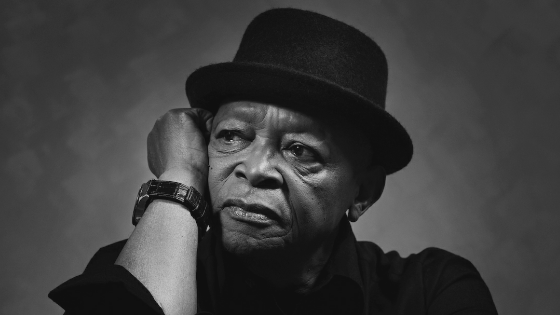 I lived for music since I could think. – Hugh Masekela

Bra Hugh Masekela graced stages across the world, playing to Presidents and ordinary working people alike. He stood tall in the dark days of apartheid, highlighting Africa’s and South Africa’s plight to the world. A brilliant and headstrong artist, he was never shy to express his views about the African Continent.

A lot is known about South African music legend Hugh Masekela, but less about his affection and contribution to musical theatre in South Africa.  His early years found him involved in the productions of the African Jazz and Variety road show and the internationally acclaimed King Kong – Africa’s first Jazz opera.

He was an integral force in the creation of South Africa’s most successful international musical Sarafina! which had an incredible run on Broadway from 1988 to 1989, with a parallel cast running in Europe and Australia. He later initiated a musical theatre revue called Songs of Migration, which toured South Africa, Europe and the United States of America.

His last theatrical offering was Gone Native: The Life and Times of Regina Brooks, which he musically initiated, composed and directed. It was staged successfully at the Soweto Theatre in 2017.

A Celebration of Bra Hugh Masekela taking place this May will  include a melodic and dramatic tapestry of songs from Sarafina, directed by Mbongeni Ngema, Songs of Migration, directed by James Ngcobo, and Gone Native: The Life and Times of Regina Brooks directed by Makhaola Ndebele. The celebration will star renowned Thandiswa Mazwai as well as Sibongile Khumalo, who have previously collaborated with Bra Hugh Masekela.

As we celebrate Africa and Worker’s Month, this tribute will showcase some of his best known theatrical songs and compositions. It will feature contributions from some of his most loved collaborators and will shine a spotlight on South African talent. They will be joined by a select group of eminent musicians who worked with Bra Hugh, as well as his members of the most recent Masekela touring band.

This promises to be a celebration like no other!